Freeforms, are also known as Live Action Roleplays (LARPs), Live RolePlay (LRP) or Parlour LaRP games. They typically run for 12 to 30 players and a full session (2 to 3 hours), and focus on the interaction between the characters.

Scenes are acted out, but combat and stunts are described only, and will be resolved through shared description rather than physical effort.

Pre-written characters are normally provided as part of the game, and it's always an advantage to pre-register for them if you're really keen to play your favourite!

Costuming is optional but encouraged.

Valen has gone beyond. A Minbari not born of Minbari, who appeared in our hour of greatest need, led us to victory against the Shadows and formed the Grey Council, has left us. And now, the Council is to meet for the first time without his presence. The Council requires a leader to be chosen from among them, a leader who will determine the path the Minbari people will take.

Meanwhile, old feuds stand ready to re-emerge. The Worker Caste, newly raised to equality, chafe over their past treatment and seek to maintain their new power. The Religious Caste are mired in debate over prophecy and the Minbari’s place in the galaxy, while the Warrior Caste, their forces recovered from the war, debate where they should point their weapons next. Even the Council itself is divided — some look to the future, or the fulfilment of prophecy while others look to more practical, or personal matters.

Above all, a new leader for the Council must be chosen. It is they who will guide the Council, but who among them can hope to match the legacy of Valen? The Minbari stand at a precipice, and not even Valen himself could predict what is to happen next...

By Random Jones (with assistance from Maz Weaver and Loki Carbis)

One year is not a long time for those who can live forever.

But time passes on.

The children of Oberon mourn their lost father, the minor nobility of Amber readjust to the new hierarchy, while the rest of the inhabitants of the one true city settle back into a life without war...

It has been a year since the coronation of King Random and Queen Vialle, and that deserves a celebration. The music is playing, the wine is flowing, the food is plentiful and the dancing divine. We look to the future as we toast to their Majesties’ health, and wish them a long and prosperous reign.

And yet, one year is not a long time for those who can live forever…

Paper Jubilee is a freeform for (x) members of the house of Amber, their allies and their guests. It is set a year after the events of the Corwin Chronicles, with only the events in those five books considered canon.

Knowledge of the Amber universe by Roger Zelazny is considered helpful for players, but not necessary.

Paper Jubilee is a companion game to Flotsam’s Children, however both games are independent and neither is reliant on the other.

In a small town near the Anglo-Welsh border some high school students (and a few teacher/chaperones) are gathering to play a freeform. It should be fun.

Except things aren’t that simple.

A worshipper of one of the chaotic gods has taken a big interest in this freeform and is planning to cause some major chaos as an offering to his deity.

Meanwhile there are four ancient items of great power hidden on the campus of this normal looking high-school and a number of worshippers of different gods are vying for control of these items.

With various magics being thrown around, things could become dangerous.

Balance of Power is a freeform for 15 to 20 players. It will include a mix of magic, mystery and problem solving. 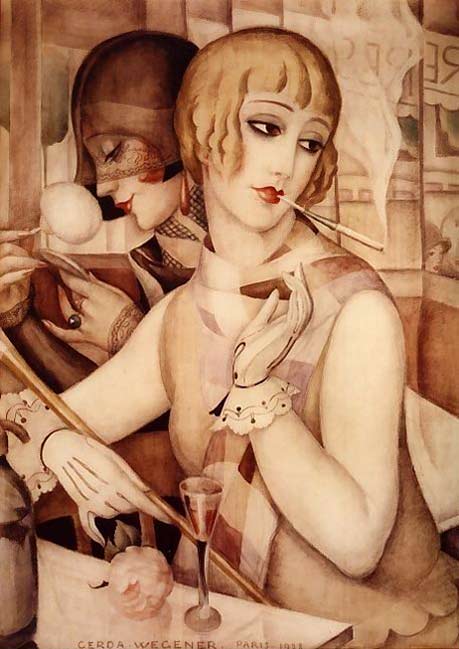 The city of Serenis has outlawed magic, the woman’s curse. The evils of witches, mediums and fortune tellers will be stamped out! As a result, the black-market sale of magical items and services is a highly profitable, if risky, business. Criminal gangs, or covens, of witches operate large empires of illegal activity, with kick-backs and bribes going to the corrupt city officials who allow them to operate. Belonging to a powerful coven is a quick path to wealth and respect that women in Serenis would otherwise never have. But they are playing a dangerous game and as criminals who operate outside the law, they are perfectly willing to resort to violence and murder to get what they want.

They meet at the Moonshine Club, where people can buy and sell magical services and items, alongside alcohol and entertainment. The leaders of the reigning Magliocco Coven are meeting the Mayor and Chief of Police at the Moonshine Club to renegotiate their deal for the next electoral term. The rival Nightshadow Coven is having a change of leadership and the lieutenants are jockeying for control. They may seek an alliance with the neutral Novak family of mediums or the mysterious Reynard Ecclestone and his business partners. The Arends girls are at the club for a night on the town, but they each have another reason for being here. Meanwhile the Soul Slingers Jazz Band struggle to keep their dream alive and a nice girl from out of town has hired a private eye to find out who killed her brother. And then there are the ghosts….

Moonshine will focus on gender-based inequality in a way that echoes the very real issues of racial injustice that were historically associated with, and the cause for, much organised crime. Prohibition of substances has historically been used as a tool to suppress BIPOC people, particularly in the United States. These injustices, and some of the responses to them, continue in various forms to this day.

All characters will be gendered, including trans-femme, trans-masc and non-binary characters. However players are welcome to play characters of genders different to their own.

While the game will include gender-based discrimination and oppression, there will be no plots involving rape or sexual assault. There’s enough disadvantage and oppression without it.

For those who have played Jason and Penny’s freeforms before and are looking for more of the same style of politics and negotiation, there will be some characters with that style of play. However there are also several characters in this freeform who are more concerned with personal dilemmas based around their own identity. Let the GM know if you have a preference, and we can give you a character accordingly.

Mysteries of Atalantum — Airship of Death

MURDER! Professor Horatio Bumblebridge was found dead this evening when the Black Adder's engine room exploded just as they docked at the historical city of Otium. The Guardia have revealed that the gyroscopic airship guidance compass, a new device allowing airships to navigate through the most inclement of weather, was sabotaged!

His Imperial Majesty has ordered that if the party responsible does not reveal themselves, all will be arrested. With the Guardia given Imperial dispensation to freely interrogate the guests, it is imperative that they find the murderer and present them to the Guardia when they arrive, if only to keep their secrets safe.

Mysteries of Atalantum — Airship of Death, a whodunit murder mystery for seven players, where everyone should be paranoid, because they're definitely out to get you.